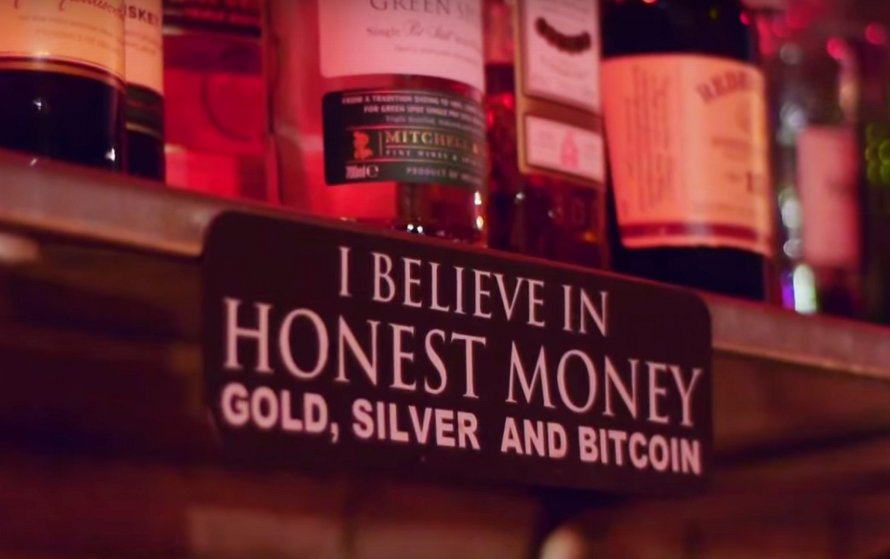 From the outside, Rotate looks like an ordinary bar. Most people walking in off the street probably don’t realize what’s special about it. When I visit, none of the other customers have noticed. There’s a small sign, but that’s all: This is one of the only bars in London that accepts payment in crypto.

Rotate only started taking bitcoin in March, although that was the plan since November, when the bar opened. Manager Ross McNeil says Rotate wants to be “at the forefront,” but implementing bitcoin payments using the Lightning Network has not been easy.

Long before crypto was an option for buying beer, Rotate had been a hangout for crypto investors and traders, partly drawn in by owner James Stell’s social ties in the field. Twice a month, a gang of 30 to 40 would gather, nearly filling the bar, to exchange ideas and meet like-minded people. When Rotate finally started taking bitcoin payment, bartender Patrick Newton says it seemed like a natural progression.

The customers who want to pay in bitcoin are few and far between at this point. They come in the evenings: the same traders and investors who have frequented Rotate since last year. They have held bitcoin for a while. They “saw the potential,” in Newton’s words. At last they can buy beer with what they’ve long insisted is real money.

This is where young bankers come to splash their cash.

So, why don’t they plaster the word ‘bitcoin’ all over the walls? McNeil says it’s because they don’t want to be pigeon-holed. “People don’t come here just for the fact that we take bitcoin. That’s not why we get people through the door,” he says. For a minority of customers, that might be enough to pull them in on its own. But the market is small at present and it’s not—yet—worth centering Rotate’s image on the crypto connection. In any case, McNeil explains, “The bar mats looked shit.”

"It’s so simple. More simple than using the till. In theory.”

London’s highest-profile bar accepting crypto is in its eastern financial district of Canary Wharf. The Scottish brewery BrewDog opened a bar last autumn that took payment in bitcoin and bitcoin cash—the day they opened they gave free bitcoin wallets to the first 100 punters through the door.

One of the very first establishments to take bitcoin in Britain was the Individual Pubs chain, run by Stephen Early. He told WIRED about it back in 2013, when he explained he had written the requisite 1,000 lines of code himself one evening. He is a fairly unique pub landlord: he spent 10 years at Cambridge University studying computer science when he was younger.

But Early doesn’t offer bitcoin payment any more. He told me in an email: “We stopped in July 2017 when the main bitcoin network became unusable for face-to-face transactions.  (Very high fees, very slow or possibly ‘never’ confirmation of transactions.)” It just wasn’t practical back then to process bitcoin payments on a regular basis—even though he estimates no more than one in 1,000 customers were using the option.

Developments like the Lightning Network are changing the everyday practicality of crypto: the system enables transactions to occur off-blockchain—and therefore fast—while ensuring confirmation on-blockchain at a later time, long after everyone has been served their drinks.