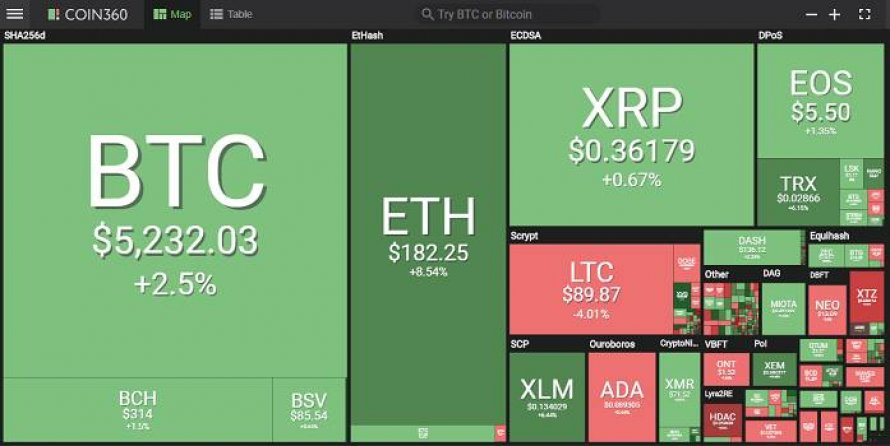 This marks the 10th consecutive week with a bullish open, showing steady increase in value for crypto since the new year began

The combined value of the cryptocurrency market rose to $185.89 billion earlier today, its highest level since Nov. 18.

While that number has dropped slightly to $184 billion as of press time, the five-month high marks the 10th consecutive week with a bullish open above the prior candle close, meaning there has been a steady increase in value for crypto since the new year began.

The majority of the crypto markets experienced positive growth toward the end of the previous close for the week April 1–7, thanks in part to bitcoin’s breakout last week.

Over the last 24 hours, both bitcoin (BTC) and ether (ETH) have experienced large increases, resulting in their market capitalizations rising $3 billion and $1.7 billion, respectively.

XRP, however, has only a minimal share of the pie among the top three cryptos, with $200 million added to its total value over the past 24 hours.

Perhaps more importantly, there’s been a greater flow toward the altcoin markets over the week beginning April 1.