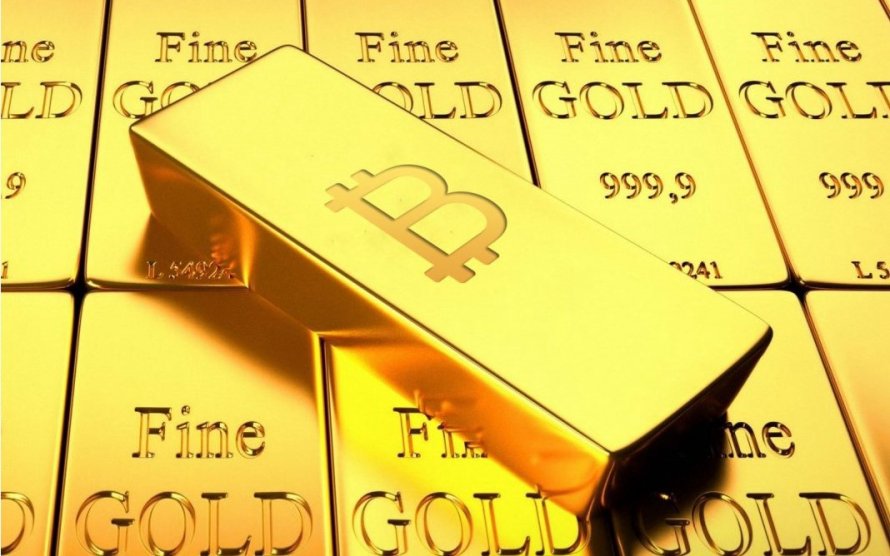 Could Bitcoin become the «Digital Gold»?

Bitcoin and gold both hit three-week highs on Thursday after a period of highly correlated trading. It comes as the dollar crashes and warning signs flash on the stock market.

The correlation strengthens bitcoin’s case as “digital gold” and proves that traders are beginning to treat cryptocurrency like a traditional asset. As the dollar crumbles and whispers of recession grow, bitcoin could spike alongside gold as a hedge against a future bear market in stocks.

As you can see in the chart below, both bitcoin and gold spent the week in an upward trend. Bitcoin is up 4.8% on the week with gold up 1.4%. 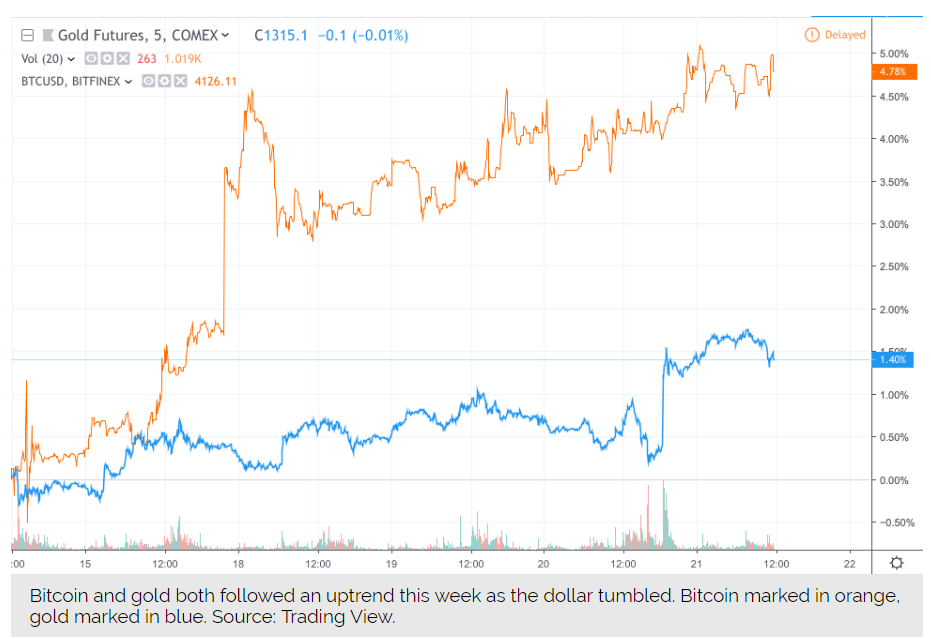 Both assets are also closely correlated with the VIX index this week, a measure of volatility in US stocks.

The coincidence is too big to ignore. Traders are treating bitcoin as a hedge against traditional markets.

Not only are their price movements similar this week, but analysts are talking about bitcoin and gold in the same way: positively.

As bitcoin tests $4,100, analysts are fairly confident the bottom is in the market and a bull run is around the corner.

At the same time, experts are talking up gold. Yesterday, CCN reported that one of the best-performing hedge funds is loading up on gold. Crescat Capital said buying gold and selling stocks is the “trade of the century.”

On CNBC this week, Suki Cooper, executive director of precious metals research at Standard Chartered, said gold may be heading to five-year highs by the end of 2019.

“Fourth quarter that we’ll see gold prices testing the highs that we saw in 2018 and 2017 and potentially matching the highs from five years ago.”

It appears that analysts expect a huge breakout for both gold and bitcoin this year.

At the same time, stocks are on thin ice. Crescat Capital is rapidly selling stocks amid fears that a recession could come as soon as this year.

“We think a recession is a lot closer than 2020 and we have a number of macro timing indicators that we look at.”

Similarly, the dollar is in a weak position after the Fed slammed the brakes on interest hikes. One market analyst explained to CNBC:

“The Fed was even more dovish than expected and that added to concerns that U.S. growth, and therefore global growth, is hitting a patch of weakness.”

With the dollar poised to fall further and stocks on the verge of collapse, money could pour into gold and bitcoin.

Bitcoin is often compared to gold because of its finite supply. Bitcoin and gold are both referred to as a store of value and positioned as “safe havens” for when traditional markets are rattled.

We saw a similar correlation between the two in December when the stock market tumbled over Christmas. The Wall Street Journal reported that bitcoin and gold traded with a 0.84 correlation. According to the WSJ, bitcoin is behaving more like a traditional asset because of new institutional traders.

If this early correlation is accurate, we could see huge upside movements for bitcoin by the end of 2019.