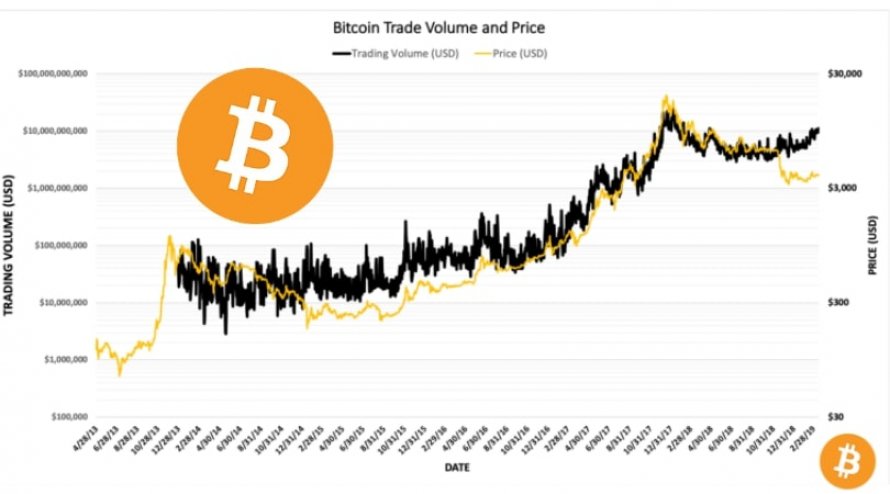 The most observed in a 24-hour period since April 25

Daily trading volume for the world’s largest cryptocurrency bitcoin exceeded $11 billion Friday, the most observed in a 24-hour period since April 25 of last year.

At that time, the average price of bitcoin was $8,845, while today the crypto asset is listed for less than half the price, currently trading at $3,951. However, the return in volume is potentially a sign investors aren’t losing interest in bitcoin despite the less than favorable market conditions.

Interestingly, the amount of bitcoin trade volume had closely aligned with it’s price trend for years, but upon closer examination, the close connection ended during the latest market rout in November when trade volumes failed to sink along with the quickly depreciating broader cryptocurrency market.

Today, however, bitcoin’s price is nearly half of what it was in November, yet its trading volume is just above $11 billion, which is 200 percent more than the trading volume seen on Nov. 10 and a value last commonly observed in April 2018.