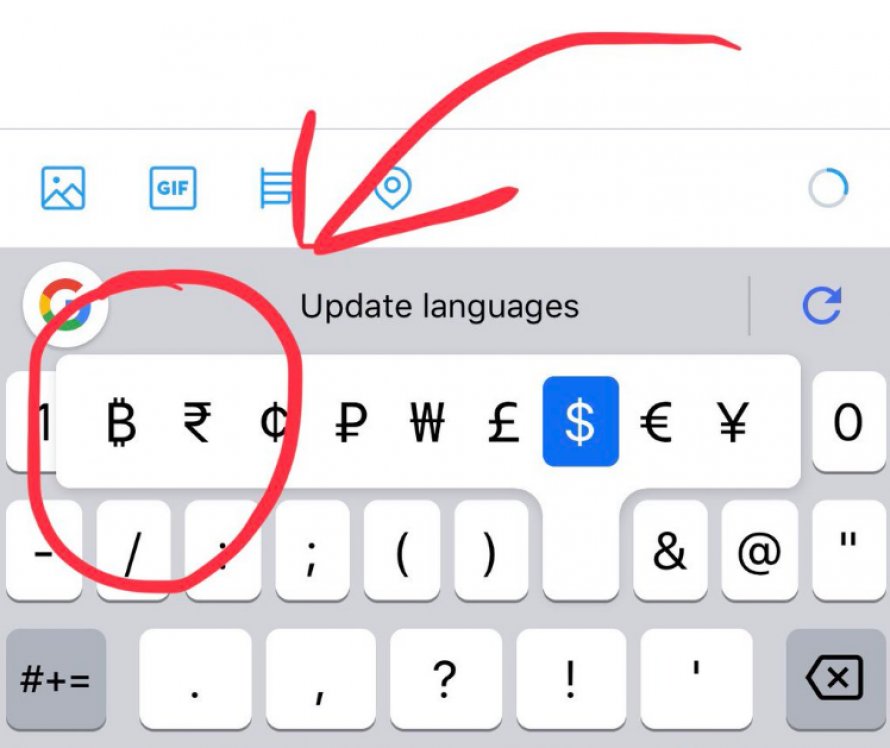 Google keyboard adds the ₿ symbol: A small step for Bitcoin, a giant leap for crypto

Are you an IOS user? Hold down $ on your Google keyboard and watch the magic happen...

Last year, there was talk about a bitcoin symbol being added to the iPhone keyboard. While that hasn’t quite happened yet, Google has added the bitcoin symbol ₿ to the keyboard available for IOS users. While Android users can’t yet access now function, it is a sign of greater acceptance of bitcoin and cryptocurrency as a whole.

To access this function, users must make use of the Google keyboard rather than the default Apple keyboard. Then , the dollar symbol must be held down until a selection of major world currencies pops up and on the far left, the bitcoin symbol can be seen.

While the addition of the bitcoin symbol might seem like a small move, it is a testament to just how far bitcoin has come as a currency and as a movement.

First, symbols to be chosen for the Google keyboard and other official keyboards are selected based on a number of criteria, which includes popularity and the likelihood of them being used. The management of Google wouldn’t add an emoji or symbol that they believe won’t get used and the fact the bitcoin symbol was added at all shows its growing popularity.

Also, this move helps to normalize bitcoin and crypto in general. For much of its 10-Year existence, bitcoin has been given the reputation of being an underground concept that is only embraced by hard-core tech enthusiasts. By being added to the official keyboard, it will slowly but surely become ingrained in the mind of the average phone user until it is as normal of an idea of the dollar or the pound.

Cryptocurrency has been chasing adoption for quite sometime and visibility is one of the stepping stone towards that goal. This is why blockchain-related firms are sponsoring NBA games and UFC matches- because becoming embedded in public consciousness and gaining public trust is important if adoption is to be achieved anytime soon.