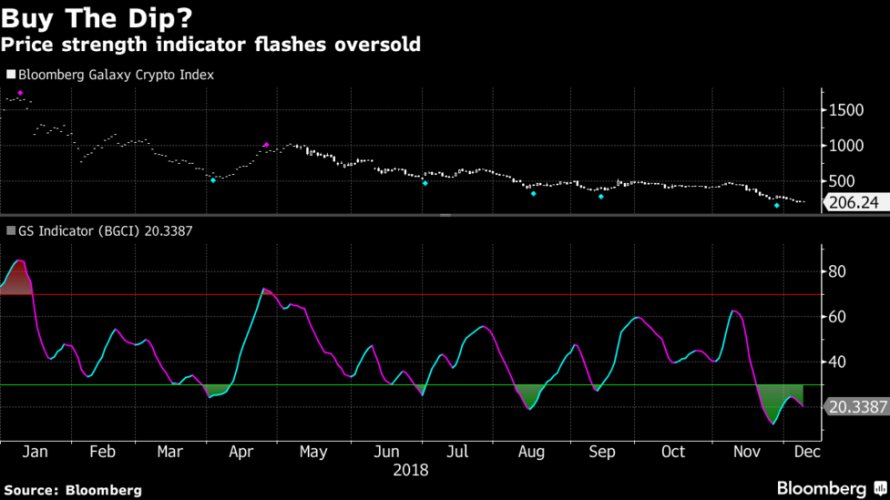 Time to Buy the Crypto Dip?

After one of the worst stretches in the short history of cryptocurrencies, a technical gauge is suggesting it might be time to wade back in, according to the leading economic news portal Bloomberg.

The Bloomberg’s Galaxy Crypto Index, which tracks major digital assets including Bitcoin, Ether and Monero, is in oversold territory based on the GTI Global Strength Indicator, which measures the strength of the price by comparing individual upward or downward movements of successive closing values. The last time the index was this oversold was in late November, it rallied about 20 percent from 242 to 290.

While the bump is unlikely to be indicative of a longer-term trend, a small relief rally may be in play as the index approaches its low of the year and psychological support level of 200, the gauge suggests. The last three times the index was below this level it posted moderate increases over the following weeks. Bitcoin is down almost 50 percent since early November, and most other cryptocurrencies have mirrored its slide.

The Bloomberg Galaxy Crypto Index is a market capitalization-weighted measure designed to evaluate the performance of the largest cryptocurrencies traded in U.S. dollars. 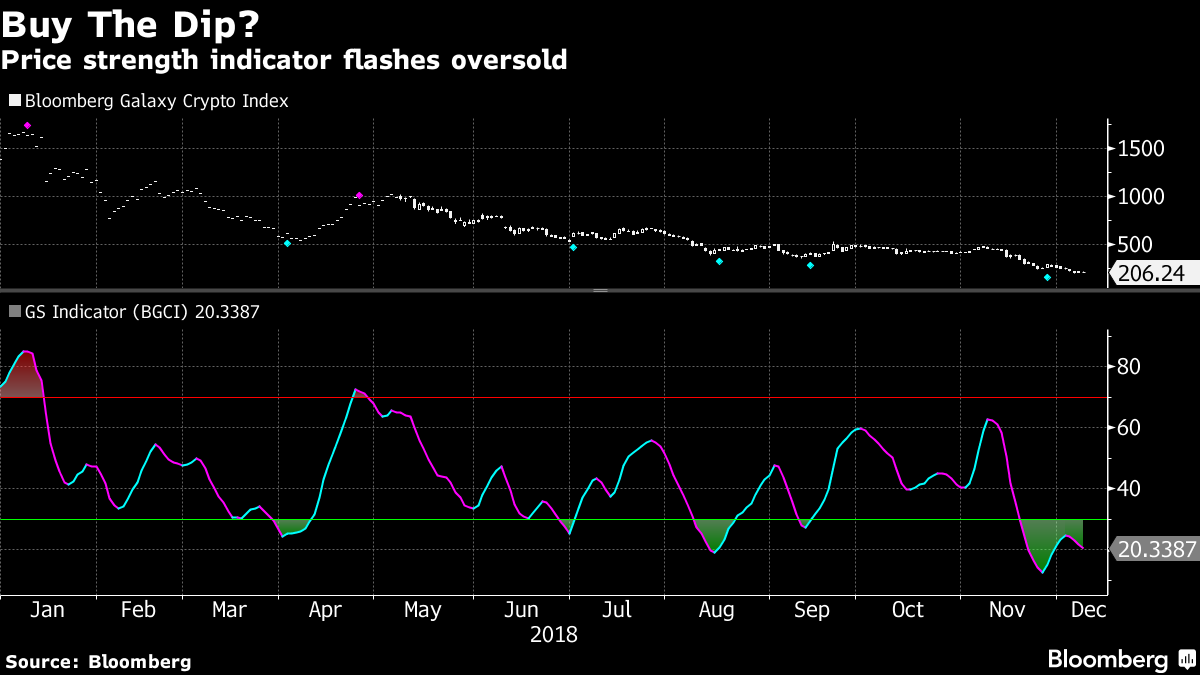