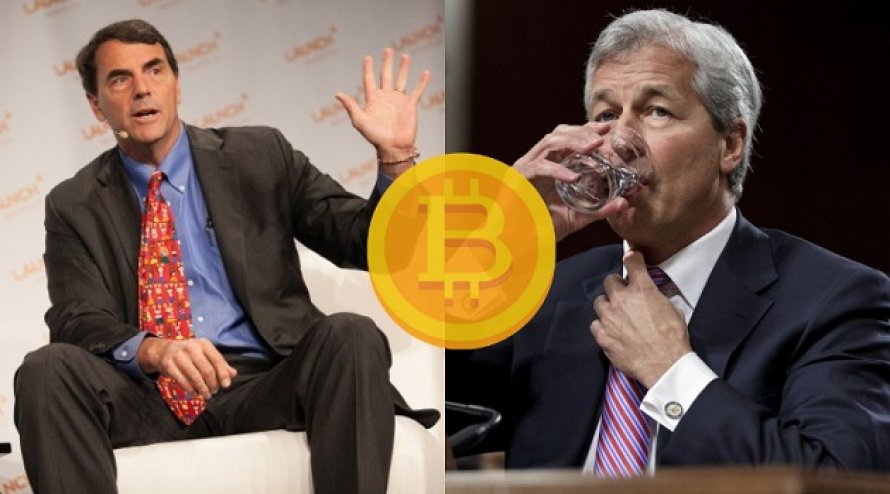 Cryptocurrency bull Tim Draper has fired a shot at the chairman and CEO of JPMorgan Chase, Jamie Dimon - He still expects bitcoin to hit the $250,000 mark by 2022

Cryptocurrency bull Tim Draper has fired a shot at the chairman and CEO of JPMorgan Chase, Jamie Dimon, nearly two months after the big four U.S. bank announced the creation of a digital currency known as JPM Coin.

In an interview with crypto personality Wendy O, Draper said Dimon’s actions show that he is grieving stage of acceptance with regards to the inevitability of cryptocurrencies:

That guy… first he says that bitcoin is a scam. Then he gets all paranoid… then he lines up all the banks against it… then he says credit cards, my credit cards cannot be used to buy bitcoin and then he decides he’s going to do his own coin. I mean that was so ridiculous. That’s typical… it’s like the seven stages of… they go through denial… then they go to acceptance. So he is at acceptance.

The JPM coin was announced in mid-February for the purposes of enabling inter-institutional transfer of payments.

Draper, however, doesn’t see the JPM coin being nearly as successful as bitcoin. Per Draper, the reason is JPM Coin is ‘tied to a bank and people would rather not use a bank’.

The bitcoin bull was, however, not as harsh in his assessment of the rumored Facebook coin. Per Draper, Facebook enjoys a huge userbase and this would be advantageous for the rumored cryptocurrency with regards to ‘distribution’.

However, in Draper’s view ‘it’s late to the game’ for Facebook. This is because Facebook would lag behind other cryptocurrencies which have had years and years of development already.

Tech billionaire Tim Draper stands by his bitcoin price target of $250,000 for 2022. Despite the recent slump, Draper remains undeterred in his enthusiastic outlook for the largest virtual currency...

In the same interview, Draper maintained that he still expects bitcoin to hit the $250,000 mark by 2022. Per Draper this will be driven by growing adoption which is being made possible by all the developments taking place:

My reasoning is that all these engineers have to create all the things they are doing to make it really easy for us to spend it and to use it and to move it and to build it into our contracts and all of that. Once that’s all done that’s a five percent market share (of all the world’s currencies per Draper).

Asked when the cryptocurrency bear market will end, Draper quipped: When you stop asking then the bear market is over and that’s when everything starts going up.