The cryptocurrency markets greeted 2019 with some nice profits, after a tough year.

The main cryptocurrencies have mostly been in the green for two days now. Bitcoin (BTC) is still over $3,800 mark, while Ethereum (ETH) has regained the top altcoin position. 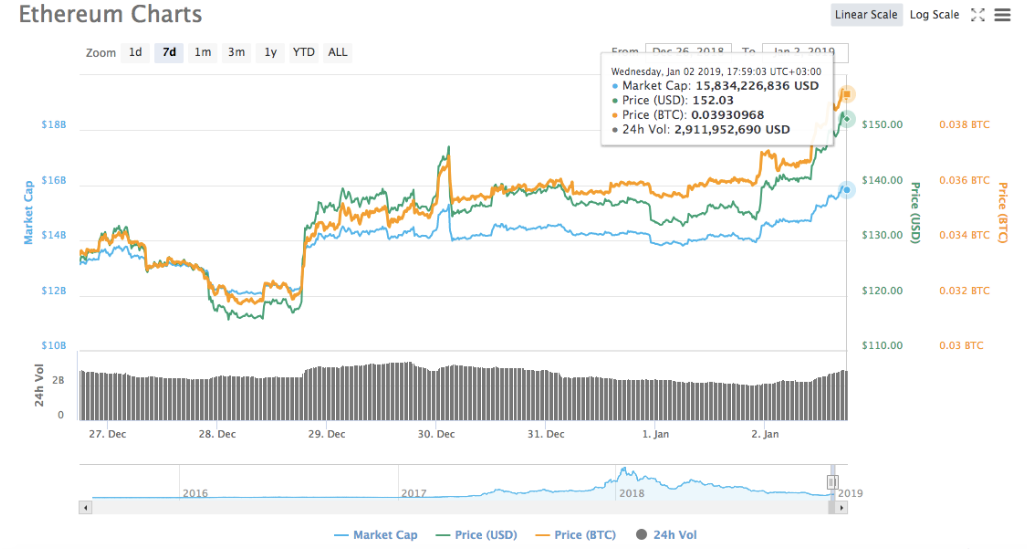 Proof of Keys — a celebration when BTC holders temporarily withdraw their funds from all exchanges and mediators  — is coming in just a few hours, and BTC has gained about 3 percent in price since the beginning of Jan. 2. The coin is traded at approximately $3,900 as of press time.

Not your keys, not your bitcoin. That’s the message the inaugural Proof of Keys movement hopes to promote on the 10-year anniversary of Bitcoin’s genesis block on January 3rd.

The campaign aims to encourage users that are storing crypto with third-party exchanges/wallets to send their funds to a local wallet where the user possess their own private key and has garnered key support from community stakeholders across social media.

Proof of Keys isn’t a new consensus algorithm for blockchain; instead, it’s just an event where people simultaneously pull all of their cryptocurrency out of centralized exchanges. One of the main goals of the event is to make sure that exchanges have the funds that they claim to have.

ETH has yet again beaten Ripple (XRP) as the world’s major altcoin by market capitalization after spending several weeks on the third place. The altcoin’s market cap reached almost $15.8 billion at press time, surpassing XRP’s market cap by almost $1 billion. ETH is now traded around $150, gaining more than 13 percent in price in comparison to yesterday’s charts.

The total market capitalization of all cryptocurrencies has climbed up to $132 billion, $2 billion away from its weekly high of $134.3 billion reached on Sunday, Dec. 30.

All of the other altcoins from the top 20 are in the green today.